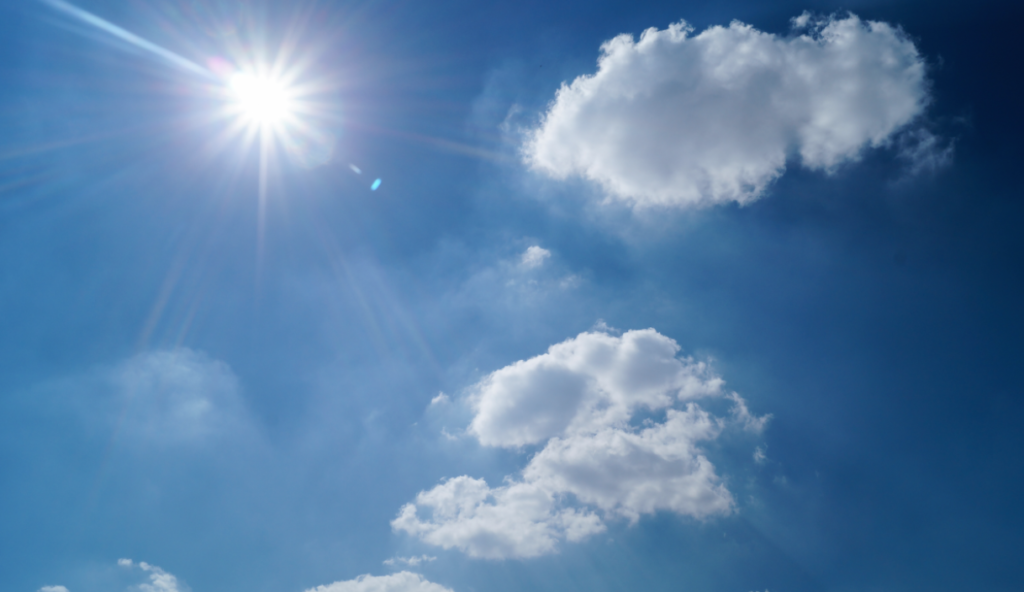 Tomorrow Is Coming⎯and God Will Still Be on His Throne

A friend of mine remarked about the historic World Series victory by the Cubs—he said that he knew some one who didn’t like Chicago or Cleveland: they were diehard Braves fans, still grousing that Atlanta hadn’t made it to the finals. In the disciplines of philosophy and logic, pulling for the team that’s not even in the game would be called a counter-factual.

Not a high percentage payoff by hanging your hopes there. More about those in a moment.

So here we are on Election Day. We’ve all spoken our piece, followed the news and storylines, waited in the voter lines . . . and now we wait. Vice Presidential candidate Mike Pence said it well in Pennsylvania several weeks ago, “What’s before us is a choice between two vastly different futures.” We will soon know to a great degree which one of those futures we have chosen.

In the preface to God in the Dock (a 1970 collection C. S. Lewis’s essays), Lewis wrote to counter liberal clergy who “undermine and deny the very doctrines they are paid to uphold.”

I thought about that line more than a few times during the last six months of this campaign. Politicians are not clergy (although some clergy become politicians, such the Hon. Gov. Mike Huckabee and Congressman Mark Walker), and according to Romans chapter 13 governmental leaders are indeed “ministers.” And politicians—like ecclesiastical figures—can lead well or poorly. They can speak truth or lies. They can govern righteously or unrighteously.

Speaking of moral and upright leadership, we may in a few hours see empirical proof of Proverbs 29:2: “When the righteous rule the people rejoice.” Grassroots zeal over the Trump/Pence ticket has been all about hope stirred in the hearts of beleaguered millions who long for leaders who actually seem to, well, love America.

If Washington continues unchanged, corrupt, with elected offices used as leverage points for favors, financial gain, and social experimentation, the second half of that verse will be expressed: “but when the wicked rule, the people groan.”

Let me make a prediction: If, this time tomorrow, Donald Trump is the president elect and the Clintons have conceded in defeat—many of us Christians will know the hand of God accomplished this. How this providential state of affairs came to be and what that portends, is another story. But if tomorrow reveals the converse, and it is Clinton heading to a January inauguration, then I believe there are some clear spiritual implications for that scenario as well.

Let me boil this election down to one proposition: In the first scenario the judgment of God will have been stayed because we as a nation are beginning to repent of our embrace of death and darkness. And by this, I mean that the American people will have voted to turn away from the abortion industry and the legislation of immorality imposed by judicial fiat. In the second scenario, I am firmly convinced that the judgment of God on America will be intensify, because we have voted to maintain and even enhance our genocide of infants and our societal lawlessness. Much like the choices God gave Israel in Deuteronomy 30:19, America is in the process of choosing between life and death.

Perhaps, laying a foundation of life and grace for generations of Americans not yet born, God will have favored us with leaders who reverence Him and believe in moral truth. Let us hope so.

But regardless of what tomorrow’s headlines bring, the priorities of life for the Christian citizen remain unchanged: We are to love God and grow in Christ. We are to grow in grace, love our neighbor, and daily live as citizens of two kingdoms. As Augustine (354-430 AD) noted, Christ’s followers walk in two worlds: The City of God and the city of mankind, with responsibility to both. Pity the people who live under leaders who only recognize existence of the latter. Pity more the people blind enough, selfish enough, and greedy enough to repeatedly elect such.

I believe that leaders of every strata¾ be it those in the home, the pulpit, the classroom, the news desk, the judicial bench, and in the halls of government¾ all have a God-ordained obligation to promote truth and to oppose evil. At every opportunity. This election cycle was especially frustrating in that many pseudo-conservative leaders who could have courageously unified to promote truth chose rather to play it safe, posture, and check which way the winds of opinion were blowing.

Hillary Clinton’s wish was that Donald Trump would not become president. Sadly, many in the Republican party shared that wish. More was said about the improprieties of Trump’s private remarks than about the security and ethics breeches of Hillary’s private computers. Those in any position of leadership¾whether they realize it or not¾have an actual charge before God to uphold the greatest common good. This is not always easy to accomplish, and certainly not always popular. But I would have to believe such responsibility would begin by courageously standing with all that would uphold moral law and which would defend human life.

Pity that so many in churches and in government could not sully themselves with a clarion call to flocks and constituents¾ an inspiring charge to unify around the greatest good. Like the baseball fan who pulled for the Braves while the Cubs played Cleveland, many leaders’ love of a counterfactual resulted in a squandered opportunity. Ben Franklin warned about us digressing into, “dozens of squabbling factions.” How will those leaderless factions ultimately have voted? Tomorrow, we’ll know. Whether Wednesday’s headlines find you hopeful or heartbroken, know this: God will still be on His throne. Prayers will still be answered, and truth will still win in the end. It will¾ believe it! And so we continue pursue the good, and as our Founders would advise us to do, looking unto Him who is the foundation of all that is good and true.