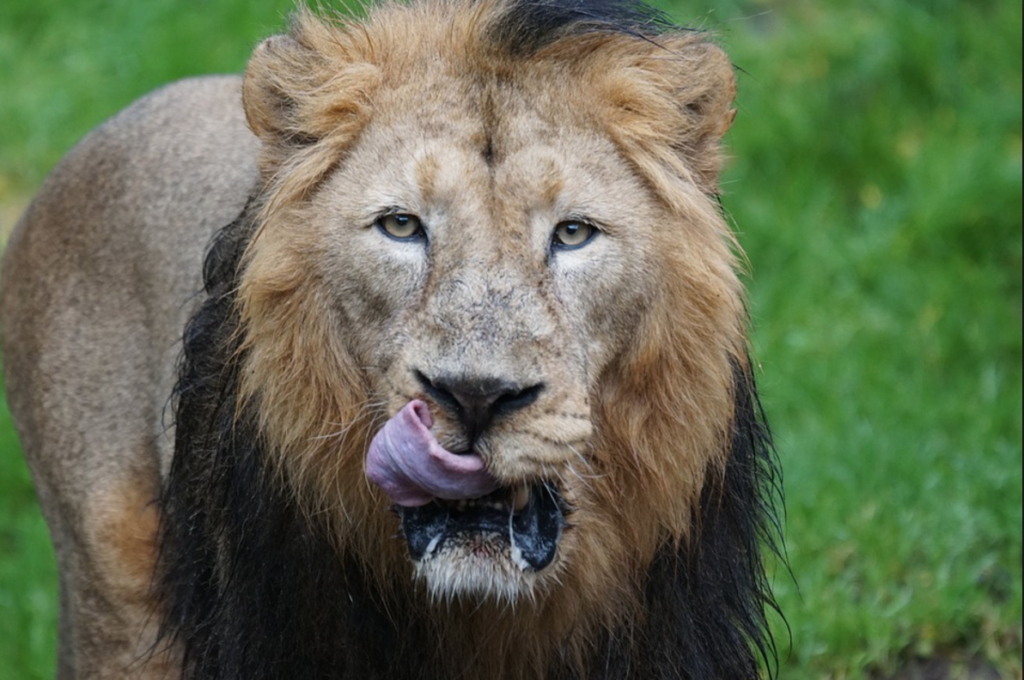 Don’t Let Our Kids Be Eaten by Lions

In 2004 a YouTube video went viral. It showed an adult water buffalo rescuing a baby water buffalo not only from the jaws of a crocodile but also from the mouths of hungry African lions.

The people capturing this moment can be heard cheering as one adult water buffalo courageously fights off the lions. The video reminded me that the world is filled with predators, prey, and protectors.

Those around us need to be preemptively equipped for the intellectual questions and spiritual challenges that inevitably come. Apologetics content helps in this goal by demonstrating that Christianity is credible, reasonable, and relevant.

I am often asked where in the Word of God do we find the word “apologetics.” The seven New Testament verses on the left all contain the Greek word apologia, an ancient legal term that means “to speak in defense of.” Just for the record (and since we’re trying to be precise here), the Greek word is pronounced, “ah-puh-low-gee-uh,” not (as I often hear), “apollo-jee-uh.” In the verses listed at the end of this paragraph, notice what the presence of the word “defense” implies: validation of one’s position, and explanation and affirmation of something, especially when put under the light of scrutiny.

Acts 22:1 “Brothers and fathers, listen now to my defense.” Acts 25:16 “I told them that it is not the Roman custom to hand over any man before he has faced his accusers and has had an opportunity to defend himself against their charges.” 1 Corinthians 9:3 “This is my defense to those who sit in judgment on me.” Philippians 1:16 “. . . the latter do it out of love, knowing that I am appointed for the defense of the gospel; . . . .” Philippians 1:7 “For it is only right for me to feel this way about you all, because I have you in my heart, since both in my imprisonment and in the defense and confirmation of the gospel, you all are partakers of grace with me.” 2 Timothy 4:16 “At my first defense no one supported me, but all deserted me; may it not be counted against them.” 1 Peter 3:15 “But sanctify Christ as Lord in your hearts, always being ready to make a defense to everyone who asks you to give an account for the hope that is in you, yet with gentleness and reverence.”

First Peter 3:15 is perhaps the most famous verse associated with the discipline of apologetics, and the word that jumps out at us is “defense.” Many translations render the base word apologia as “answer” in this verse, which is also appropriate. But notice the phrase “give an account.” This comes to us from a different Greek root, yet still carries the implication of a reasoned, logical approach.

As noted in the definition above, apologetics involves use of evidences and sound reasoning to reach individuals for Christ.

In light of these things, allow me to provide my personal definition of apologetics, fleshed out during these past twenty years of ministry: “Apologetics refers to content and methodologies that may be used by the Holy Spirit to contribute toward the discipleship and mobilization of believers, the evangelization of non-believers so that Jesus Christ is exalted and His Kingdom expanded.” I believe that the ultimate goal of the apologist is to glorify God. On this battlefield of ideas, we are soldiers for King Jesus, fighting to secure hotly contested territories. The souls of people are in the crossfire, and the apologist works to see as many lives as possible annexed into the Kingdom of our Lord.

If all of this sounds a little lofty or grandiose, be encouraged by the knowledge that one of the most well-known apologetics verses was written by the apostle Peter.

First Peter 3:15—quoted by apologists everywhere—was penned not by Paul the theologian and philosopher, but by plainspoken Peter, the fisherman. Just like Peter, we each have a role to play. More than ever before, we must rise to the challenge of his words and equip a generation to “always be ready”