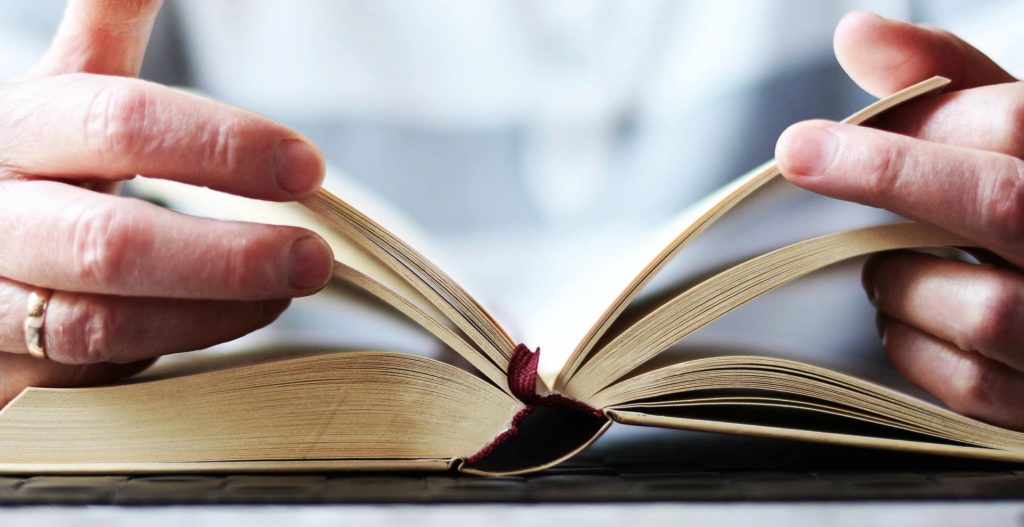 IN PRAISE OF YOUR LOCAL PASTOR

Though I likely have never met your pastor – and obviously couldn’t claim to personally know all of the clergy in your community – it’s a strong bet that they are a priceless asset to the area in which you live. How may I say this, and why? Let me explain.

A recent study by the Gallup polling organization rates public perception of those in 20 professional vocations. The ‘assumed trustworthiness’ of clergy averages them at 9th on the Gallup list. Viewed by the general populace as more trustworthy than ministers, are: nurses (82%), military officers (71%), grade school teachers (66%), medical doctors (65%), pharmacists (62%), police officers (56%), day care providers (46%), and judges (43%).

Pastors are seen as more trustworthy than lawyers, congressmen, car salesmen, and practitioners of several other vocations. But doesn’t it stand to reason that those charged with representation of God’s love and the Holy writ would rank a little higher than 9th?

Christ – the Good Shepherd and role model of all other ministers (that the New Testament calls under-shepherds and overseers) was the personification of selflessness. Jesus, “laid down His life for His sheep” (John 10:11). God’s ministers are called to do the same for their parishioners. A minister is to “take up their cross” and “die daily” in the carrying out of the Gospel work (Matthew 16:24; I Corinthians 15:31). Who couldn’t admire such commitment to the Lord, to one’s neighbor, and to one’s calling?

Gallup reports that the image of clergy has been dropping steadily since trust level peaked at a high of 67% in 1985. For those who remember the Bakker/Swaggart televangelist scandals that began to unfold in 1987, the decline of trust after a mid-1980’s peak is understandable. While it is true (and lamentable) that many pastoral scandals have come to light since then, it is also true that media coverage of ministers since the 1980’s has often skewed negative. And this is not hard to understand: Preachers are by definition moralizers.

In addition to proclaiming the path toward God’s salvation, clergy (if they are faithful to Scripture) also warn of God’s judgment on sin. In short, preachers preach. This makes for deliciously salacious news coverage when some voice of ethical truth is found out to have a secret life of immorality. Coverage of the fall of high-profile ministers makes for great ratings. Focus mostly on the misdeeds of the unethical minority among clergy for three decades, and public opinion will inevitably turn south.

Another reason that I believe clergy have a less-then-stellar image relates to the state of scholarship in the American church. There was a time when the local pastor was invariably one of, if not the, most well-educated persons in the community. A call to care for the souls of a church flock came with the call for study, preparation and life-long learning. Pastors were scholars. This is not always so today. Sparing the reader from too much of a history lesson, let me point out that one of the great truths of the Protestant Reformation was the concept of “priesthood of the believer.” This teaching recognized that each Christian could pray directly to God, and could also read the Bible for themselves (with no need of a vicar or “mediator”). True, the Bible says, “whosoever will, may come (to Christ)” (c.f., John 3:16; Romans 16:31).

But for American evangelicalism of the latter-20th century to today, it is as if we have “reformed out” a little too far. “Priesthood of the believer” has morphed into a sort of “militant autonomy,” such that theological education is scorned by many. As a result, some ministers are more like second-rate motivational speakers than sanctified, meticulous thinkers who have dedicated their mind to study and their voice to truth. Perhaps it is the quest to be “liked,” or to never offend anyone, but many ministers carry themselves with a demeanor of anything but piety and intellect.

And so, fellow ministers, at least a portion of our tarnished image we must own: Ministers don’t always project an image worth respecting. Obviously, the most important opinion we wish to cultivate is that of our Lord. But we might also carry ourselves so as to earn the respect of a watching, well-informed, and spiritually hungry world.

So, why the low estimation of clergy by many today? Issues without, issues within.

THE TRUE STATE OF CLERGY – THE VAST MAJORITY, I AM CONVINCED

“A preacher, eh? What’s the matter – didn’t real work agree with you?”

That was the salutation I once received when, in a restaurant, a client I had been counseling introduced me to a co-worker. The co-worker (an agnostic) did not have a favorable view of ministers, to say the least.

“That’s right,” I smiled and said. “I entered the ministry because I was lazy and wanted to make easy money!” Faithful pastors and other clergy know that effective ministry is anything but a life of ease¾ though it can be a life of immeasurable joy and personal satisfaction. Celebrating with people in life’s joyous moments and walking alongside in the darkest of valleys – the ministry is all of this, and so much more. Pastors pray for people, pray with people, invest in all types of relationships in order to earn the opportunity to share Christ’s love.

Throughout the journey of ministry, “the call” will have you wearing the hats of theologian, evangelist, professor, psychologist, counselor, administrator, accountant, public relations person, fund-raiser, referee, custodian, groundskeeper, chaplain, sports coach, math tutor, electrician, mechanic, and all-around handyman. Those in ministry do all of these things and more, with little or no fanfare, and happily so. Little wonder that ministry has been called, “glorious agony.”

After 25 years in full-time Christian work, it has been my honor to speak in more than 2,200 churches in hundreds of U.S. cities. How privileged I have been to interact with thousands of ministers of every conceivable denomination – protestant, Catholic, urban, rural, contemporary, traditional . . . on and on the delineations, could go. And of the hundreds of clergy I’ve come to know over the past quarter century, the vast majority lead exemplary, selfless, committed lives of fidelity and service.

Shadow most ministers for an average week, and you’ll find yourself at the hospital before daybreak praying with someone heading into surgery. Most pastors in the course of a week will be delivering one or more meals to shut-ins (often paid for out of their own pocket). Then there is the unexpected funeral to be conducted (on what was to be the pastor’s day off), and a meeting the day before to help the bereaved family with arrangements. The church secretary has an urgent message from a parishioner whose family wants counseling about a wayward child. And the personnel committee needs to meet with the staff regarding the news that the denomination is dropping health coverage for clergy, due to budget shortfalls.

When time permits, you can watch the pastor carve out time to work on Sunday’s message. Should this week’s sermon be about being patient in times of suffering? Or about the promise of rewards in heaven for those who are faithful to Christ? For 99.9% of America’s ministers, I am convinced either one applies. Most are valiant examples of both.

Alex interviewed on WCN TV regarding “The Assault on America”