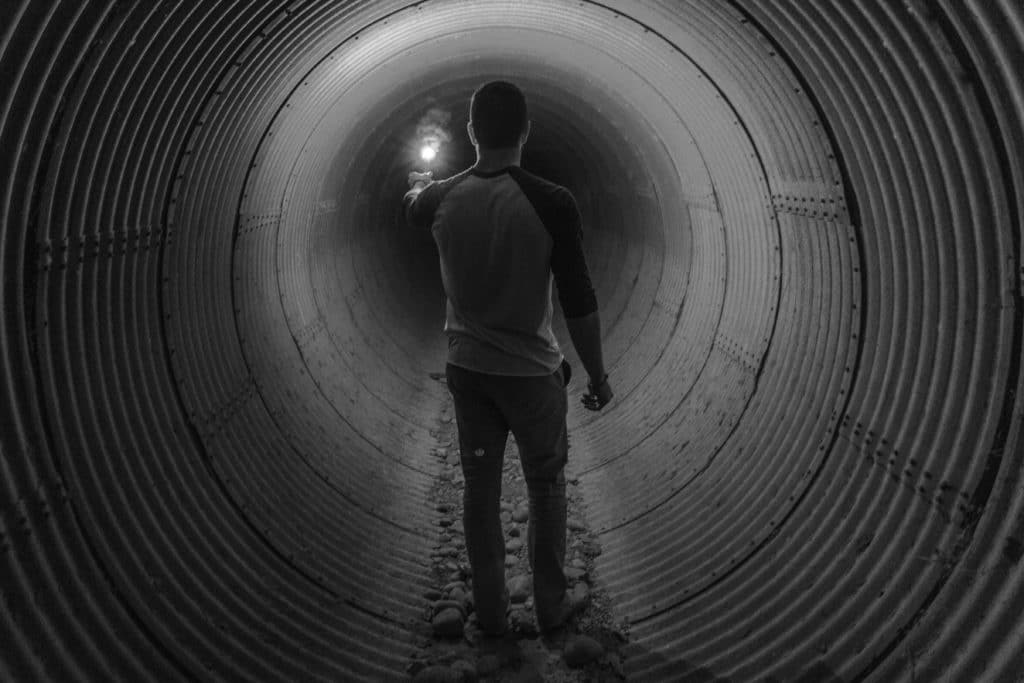 More than ever people are asking, “Will Christ Return in our lifetime?”

“Surreal” . . . doesn’t even begin to describe the scene.  It was an evening I will never forget (though parts of it, I’d like to).

It was about 8:30 PM on a Saturday night, and I and the group with me had spent nearly three hours in the police station.  And this was not just any police station— we were in one of the most famous cities in the world.  Our tour group had been robbed.  Cell phones, laptops, and wallets were gone, but most troubling of all, many of us had been relieved of our U.S. passports.

There in the office, the police chief was speaking with investigating officers, staff, and our group in English and two other dialects— one of which I could tell was Hebrew.  For over a week we had been in Jerusalem, all of us deeply stirred, visiting one monumentally significant locale after another.  But even the most awestruck spiritual pilgrim becomes singularly-focused when they’re 5,000 miles from home and in our situation.  The one question on our minds, was, “How can we get a new passport?!”

The Jerusalem police were super helpful, and though none of our stuff was recovered, they did get us to the U.S. embassy and helped with temporary I.D.’s and such.  The Jewish officers were empathetic and reassuring during the process.  They sensed our anxiety and spoke with us encouragingly.

One officer asked about my occupation and I told him I taught apologetics at a university.  “Apologetics . . . what is that?”, he asked.  I explained that apologetics deals with evidence for the Bible.  “So . . . you teach theology,” he said.  “Well, yes, that’s part of it,” I replied.

Cutting his eyes left and right the officer leaned toward me, asking in almost a whisper, “What about end of time?  Do you believe God, uh, Jesus to truly come back?”

The holy city is no place for the unholy act some street thieves did to us.  But the opportunity to talk with the officer about what Scripture says regarding the end times made the hassle a little more bearable.  He seemed deeply interested in learning more about this question.

Many are asking:  Is this world reaching its expiration date?

Eschatology (pronounced, “es-cuh-tology”) is the study of “future things.”  The term comes from the Greek word eskatos, referring to “last things” or “ending things.”  The Bible has a lot to say regarding the culmination of history and the final judgement of all people—and much about the end times we learn from the words of Jesus Christ

As the COVID19 situation has enveloped the globe, and as the impact on all of our lives has ranged from hours not worked, wages lost, to increasing shortages at the grocery, anxiety is only growing.  People are scared, economies are crumbling, and many rightly wonder, “Just how permanent will be the loss of civil liberties COVID19 is creating?”  Online and on-air, our organization is daily getting numerous inquiries about how close humanity might be to the end times, and specifically, to the return of Christ.

Why might people believe that Scriptural promises/warnings about the “end of days” be close at hand?  What will be some of the precursors to Jesus’ return?  Consider the following:

1.  The growth of the Christian church.  “This Gospel will be preached in all the world as a testimony to all nations, and then the end will come” (Matthew 24:14).

2. Increase in evil.  “Iniquity shall abound” (Matthew 24:12).  The Bible predicts that in the last days there will be much hedonism (pursuit of pleasure as the highest good) and relativism (everyone makes their own “truth” for themselves).

7.  Increase of apostasy within the church.  We preachers often point out problems in the world; let me also admit that there are pockets of sin embedded within the ranks of the church.  One of the signs of the end times relates to a Greek word that means, “rebellion,” and “revolt.”  It is the word apostasy, and its meaning is somewhat akin to the word, “riot”— a free for all.

The Bible says that near the end of history many preachers will not preach the Scriptures, but will preach lies.  Appealing lies and flattering lies, mind you, but words that people want to hear and not truth that will convert their soul.  Having spent 30+ years all types of church work, let me say . . . we are in an era of serious theological apostasy (c.f., I Timothy 4:1-2; II Timothy 4:3-4; II Thessalonians 2:3)

8. The ‘wiring of the planet.’  The book of Revelation describes several scenarios that people of previous generations found hard to believe.  In fact, skeptics used to scoff at the idea that there could be a one-world money system, apart from which no one could buy or sell (Revelation 13:17).  Skeptics mocked the idea that events happening in Israel could somehow be watched by the whole world at once (Revelation 11:3-12; 18:9-20).

We live in a world of real-time video streaming, cyber currency, digital footprints we’re all constantly creating, low-level surveillance drones ubiquitously watching, instabilities among all sectors of the world, and the rise of influential leaders calling for socialism and global unification.  The events in Revelation— fantastic as they may sound— are not only possible, but likely.

9. The rise of Islam.  The Bible predicted that the “children of Ishmael” would struggle against “the children of Isaac” throughout history (Genesis 16:12; 25:18).  Aggression toward the Jews by Ishmael’s descendants existed for centuries.  But in 622 A.D., the founding of Islam would escalate this hostility immeasurably.

Past political leaders (such as Churchill) and religious leaders (such as the Reformers) believed that near the end of history there would be an uprising of “Mohammedism.”  Much speculation has been raised about the 200 million soldiers predicted to assemble for the battle of Armageddon (Zechariah 14:1-4; Revelation 9:16-17).  What worldview could summon that many followers of a warrior spirit who desire the extermination of both Jews and followers of Jesus?  Read The Clash of Civilizations by eminent scholar Samuel Huntington for a likely answer.

10.  A major outpouring of God’s Holy Spirit, just prior to the rapture of the church.  The Scriptures speak of a great move of God before the final judgement of history (Joel 2:28-32; Zechariah 12:10-13:1).  COVID19 is prominent in the news but spreading even faster than that life-threatening virus is the life-giving message of Christ.  And the ranks of believers seem to grow fastest in the regions of intense persecution.

We may not see this so much in America and Europe, but in much of the rest of the world Christianity is growing exponentially.  As the world battles COVID19, it may ignite one more great revival of Christianity— and this may comprise the West’s final visitation of the Holy Spirit, before Christ’s return.

A word of reassurance:  God makes it possible for all people to be prepared

Spending that evening in the Jerusalem police station something occurred to me:  The station was certainly in an interesting location, with the “Garden Tomb” only one street across, and the “Golden Gate” entry point into Jerusalem’s “old city” just across another.  I remember waiting in the lobby, noting that the main window was partially shattered as if a brick had once been thrown at it.  And yet, only a few feet from that precinct office was the empty tomb of the man who once told the populace, “Blessed are the peacemakers.”

But here was my realization:  My group and I were frantically working to get new passports— tickets “home.”  Jerusalem also is the city where purchase was made for another kind of “passport.”  On a skull-shaped hill outside of Jerusalem, Jesus was crucified to purchase sufficient documentation into heaven for anyone who wants it.  One Israeli official helped us get passports for home; yet another made it possible to get passport for heaven.

“Is Jesus really coming back to earth?  Literally?  And . . . soon?”  Let me say what I tell the people repeatedly asking this in recent weeks:  I absolutely believe that the answer is, “Yes.”  Three decades of research, writing, and following world events convince me that this is so.  But no one needs to be obsessively afraid regarding the end of time— if they’ve accepted Christ’s gracious offer of forgiveness and amnesty before God.

If you’ve spurned God, or if you think sin and eternity are some kind of joke, then I humbly suggest that you’ve got more to fear than you could possibly realize.  But to “whosoever will come,” Jesus promised a peace beyond anything this world can offer (John 14:27).  This is why this One who is coming back to earth could assure us, “Let not your hearts be troubled, and do not be afraid.”