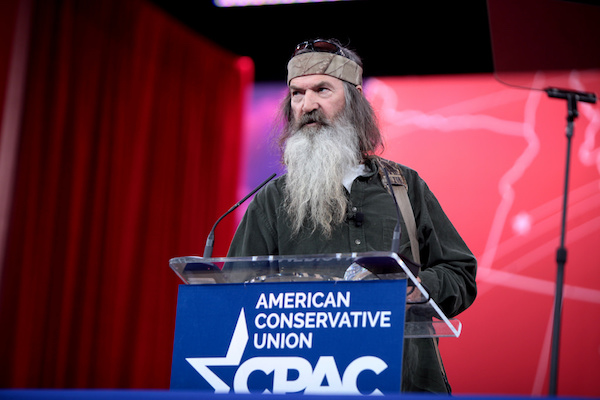 6 Things About Homosexuality You May Not Have Considered——Number 4 Will Surprise You!

The person calling my radio program identified himself as a Christian, quickly letting me know he was phoning in to “straighten me out” on what the Bible says about homosexuality. This conversation was taking place on a live broadcast, mind you, as breaking news was reporting comments about homosexuality made by Duck Dynasty’s Phil Robertson. On air I had expressed agreement with Robertson’s position that Scripture does, in fact, condemn homosexuality.

According to the caller, it was not that simple. The person asked, “What about drinking alcohol? Christians disagree on that—and on a whole lot of other things. Why can’t homosexuality just be one of those things on which believers just agree to disagree?”

(1) There’s No Room to ‘Agree to Disagree’
Space does not permit me to transcribe the entire conversation. But I pointed out that what the Bible teaches about the use of alcohol and what is spelled out about human sexuality are two different things. I pointed out that forthright, godly, well-intentioned Christians hold differing convictions regarding the use of alcohol, though all who respect the authority of Scripture would agree that drunkenness is sin. But the caller’s analogy failed, in my opinion, because Scripture is unmistakably clear about moral parameters regarding sexuality. And without question, the Bible presents same-sex activity as being sinful.

While I believe that compelling lines of evidence point to the inspiration and authority of Scripture, I know that many people today don’t view the Bible as authoritative (just quote the Bible on most college campuses, and you will quickly learn this firsthand). But even apart from Scriptural prohibitions against homosexuality, let’s consider some of the extra-biblical arguments for and against homosexuality. Let’s examine the typical arguments for homosexuality, and we’ll weave in arguments from the opposing camp as we go.

(3) “Consenting Adults Can Do What They Want”
Proponents of homosexuality often claim that homosexuality is a matter of personal choice between consenting parties. But this claim is sort of just another way of stating the homosexuality-doesn’t-harm-anyone argument. It’s possible that it does cause harm to individuals and to the culture. It should be added that given moral law, consensual behavior does not automatically mean that the behavior is morally valid.

(4) “Morality Can’t Be Legislated”
Supporters of homosexuality typically argue that morality cannot be legislated—there is no point in trying to legislate morality, so don’t bother. But anyone with any sense of what’s going on in the world— anyone who even only occasionally listens to the news—knows that in some way someone is always trying to legislate morality. People only consider any given piece of legislation worthwhile, however, if it encourages a version of morality that they support! And if morality can’t be legislated, then why do homosexual activists want to legalize same-sex marriage?

(5) “Homosexuals Can’t Escape Genetics”
Some supporters of homosexuality argue that some people are simply born with homosexual tendencies and no matter what they do, they can’t change that fact, so leave them alone and stop trying to “cure” them and branding them as deviant. But there are serious problems with the theory that homosexuality is genetic rather than learned. For example, if homosexuality is genetic, how have the responsible genes been passed from generation to generation? After all, homosexuals can’t pass anything on because they don’t reproduce. Furthermore, if sexual orientation is fixed from birth, why do some homosexuals switch to heterosexuality or bisexuality?

(6) “Homosexuality Opponents Are Intolerant and Narrow-Minded”
Some supporters of homosexuality accuse those who oppose homo- sexuality of simply being out of touch, bigoted, and prejudiced—“haters.” This, though, really isn’t an argument in favor of homosexuality. Rather, it’s a sentiment that suggests that opponents to homosexuality are unwilling to share their freedom. Unfortunately, this neglects the question of truth. The question isn’t about whether a particular emotional reaction to a particular behavior is correct but whether or not the particular behavior is right, given the available evidence.

The Importance of Standing for Truth in Love
How important is it that we defend the biblical position on moral issues such as homosexuality? Extremely so, because the souls of people hang in the balance. If Christians differ on their views about alcohol consumption, environmentalism, or welfare, the result is honest disagreement. But different approaches to homosexuality may skirt, if not cross, the border into the territory of heresy.
As our nation wrestles with this issue—and as well-funded, well-organized, tireless propagandizers condition the culture to accept homosexuality as a healthy sexual option—we’d do best to approach one another with love, gentleness, and respect as we share what makes the most sense in light of God’s Word (and good sense).